Tight. Thomas gets a firm grip. "Like this? I joke." He then adjust to a proper hold.

And onwards Lucky goes, not quite at a full-on sprint but a decent trot anyway.

To adventure! Possibly with killing involved, but they can't all be sex with a jungle barbarian sort of adventures.

The barbarian would object that he's a desert barbarian way more than a jungle one but he understands where the misconception might have come from.

They ride for a while, and although it's more eventful than they could hope, even in difficult and unfamiliar terrain Lucky seems able to easily outrun whatever growls in their direction every now and then. The hours stretch long, and Taharqi gets them snacks of magicked dried meat to eat rather than stop for an actual meal, and soon darkness starts falling.

Earlier than he'd hoped; rain clouds have started gathering again, so he calls for a stop and finds somewhere secluded by a short cliff to set up their camp for the night. Thomas helps by putting a tarp over their heads.

And Taharqi collects leaves and branches and rocks, and some of the furs he brought with on Lucky, and their makeshift camp has a makeshift roof and a makeshift fire. He catches small game for a small meal, and soon the rain starts again. They are protected enough from it to be able to sleep, though.

Good. Thomas can improve the small meal with some small spices. And does Taharqi want to be the small spoon?

Cool, he strips off to sleep and spoons Taharqi.

The rain exhausts itself overnight, and the morning that greets them is warm and humid. Soon they are once again on their way. Alright, this has been a bit anti-climactic, which is objectively good. He will try to distract himself with architectural plans. Maybe they could add a hot tub to the base.

They don`t take that long to get to the ruins themselves after that; Taharqi's camp location isn't that far from them, relatively speaking. 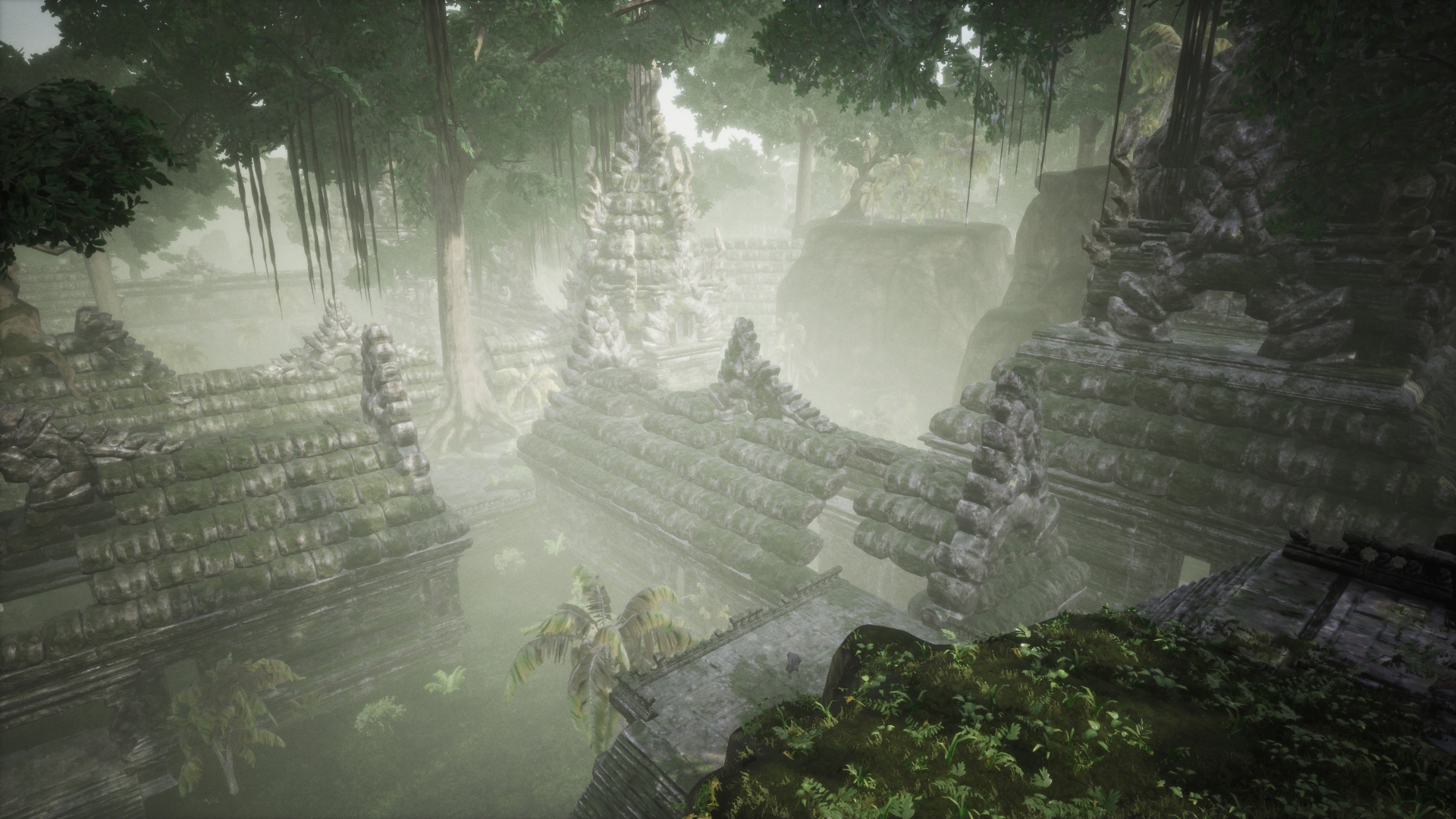 They find themselves by a set of moss-covered stairs leading down into them. They can spot the weirdly-upright apes milling aimlessly about, as well as the flickering lights of some fires here and there. Taharqi dismounts, there; they should probably be more careful now.

Alright, Thomas will dismount quietly and be alert. Are there people near the lights? That is somewhat unexpected.

Okay, maybe these apes discovered fire. He will just keep watch and follow Taharqi's guidance. With his hammer ready to strike.

After verifying that there is no good entrance to the ruins that isn't guarded by the strangely-smart apes, Taharqi decides to find a reasonably secluded spot, hidden by rocks and trees, and tell Lucky to stay there. Then, he quietly gestures for Thomas to follow, and goes for a spot that isn't by default a way in, but that can be climbed down to get to the lower level without being in direct line of sight of any of the apes (that he's seen, anyway).

...can he do this remotely? All the way down? That would be way easier.

Yes, he just needs to make the crystal "root" down the wall and grow more hand holds.

Useful. So down they go. Hopefully to somewhere without large primates that will pick a fight?

They seem to be endemic to the region so surely they'll get around to fighting eventually, but this specific location is indeed free of primates.

Can he make the crystals go away?

He can, actually, since they are all one piece. The rock returns to how it was before.

Good, then they're less likely to be spotted.

He raises a finger to his lips again to remind Thomas to be quiet and starts leading the way further down into the ruins, keeping to the shadows and hidden alleyways of the broken buildings.