Continuities » Moonflower » Misc. » as soon as one promises
Dismiss all content warnings

Search Post
...not to do something, it becomes the one thing above all others that one most wishes to do.” (Silvers and Lotus in Oathknights)
Next Post »
« Previous Post
Curiousbox
curiousbox
Curious Discoverer

People start reporting the happenings as soon as the appearances begun. But they were brief and gradual enough that people just assumed the reports were wrong. Who could blame them? It is easy to explain those broken windows with something mundane. Couple of kids did it. A home burn down? There are probably thousands of those every day. Did that car looks like it was crushed under something that looks awfully like a foot the size of a man? Well, vandalism can get awfully dedicated these days. Did that security camera caught a shadow of something walking down the parking lot? CGI is so good these days!

Still it didn't take that long, comparatively speaking, less than two days after the first reports. It was necessary for the monsters to stay corporeal for long enough to cause too many havoc to be ignored. People that saw the videos on the internet by and large still thought that they were publicity stunts, but a police officer looking at a bus with a burning claw mark isn't going to think "some film studio is very dedicated to their production." It was rather good to avoid mass hysteria at least until the major attack on Austin. The thing was a storm of ice blades rotating around a dark humanoid shade. It only manifested for ten minutes, but it damaged several city blocks and sent the entire capital to a panic. When the second attack came, there were more people dying in stampedes than by the monster's ice blades. Not that that weren't victims from the ice blades.

There isn't much that they can get from the data, but it is not nothing. The monster attacks appear to be more or less evenly distributed around the world with some bias towards population centers, but not enough to mean that major cities are the most likely to be attacked (at least for now). The monsters manifest progressively if the reports are accurate. Earlier manifestations are brief and less substantial, being only shadows. As time progress they get stronger, last more and develop individual traits. One was covered in chains and could control metal. One was a ball o blinding light. One looked like a huge elephant with plated armor made of ivory. One was reptilian and had snakes for arms. Being more solid makes them more dangerous, but has the upside of also making them more vulnerable to conventional weaponry. Which isn't saying much and they are fast. Once it looked like the "Hydra" was defeated, but it only faded away temporarily and then showed up fully healed three hours later,.

The monsters manifestations stick to more or less the same dozen miles radius, figuring out where the next monster is going to show up is currently impossible. But they have a report of an early manifestation, still on the "shadow humanoid" stage.

"We've got another one."

"I am still not even a little convinced that's a good idea."

"Aww, come on, don't tell me you don't want to know if they have a language."

"I want you not to die horribly."

"I love you too. But we could save a lot of lives. If there's another panic..." 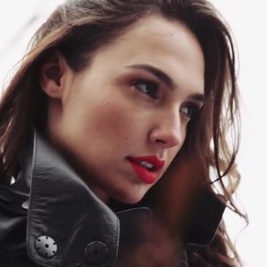 They're "lucky" enough to arrive soon after a manifestation starts. More solid, people in the area smell an overwhelming stench of cheap alcohol. The monster caused a pile-up in front of a parking lot building, trapping many inside. But it's currently slowly and methodically smashing car windows instead of going after any of the more trapped victims.

"--you'll have better luck distracting it, if it gets bored. Probably." 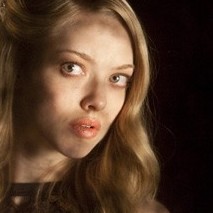 A brisk hug, and then she jogs in the monster's direction.

Zahara, with the emergency kit -- first aid, cell phone, safety hammer, seatbelt cutter -- takes a divergent path, darting from car to car as she approaches, keeping cover while she looks for people in need of rescuing.

Monster: smells so bad that she has to wonder if it isn't a form of attack. It keeps smashing car windows, very thoroughly.  It's taller than her and mostly opaque. When she approaches it's in the process of crushing palm-sized bits of glass into tiny fragments, using it's bare hands.

The blurry body language does not react to her approach.

She climbs on top of a car.

"Hi! You with the window-smashing! Have you got a name?"

It turns towards her and... to say it opens its mouth it would be misleading. But something opening-like happened in the face-like area. It definitely screamed. So loudly that she is pushed back.

The tiny shards of glass were pushed much further and faster than they ought to. Hitting people on the ground level.

She's fine -- knocked off the car, but landed well, she's competent -- but she probably just got people hurt.

Still. Got to try things, or they won't figure out what works for the next monster, and the one after that. More lives saved, on net. And Zahara will do what she can for the civilian casualties.

She clambers back onto the car.

Some people were hit and were bleeding, but not as terribly as it could've been.

The shadow thing is ripping off another windshield and compressing it with its bare hands in very tight ball.

Zahara triages as best she can, extracting people from wrecks and slapping bandages on particularly severe bleeding and mostly otherwise just herding them away from the disaster scene.

Muttering girl gets the same treatment -- once-over for severe injuries, and then Zahara starts trying to get her moving in any direction that's not towards the monster, agreeing calmly that yes, she can definitely do it, come on this way now.

The muttering girl is not harmed and accepts being diverted away to where the survivors are hiding.. She mutters some weird things that Zahara only half catches "wording" and "phrasing" are among the things said, but with no context.

The monster stench got worse. It's actually causing a degree of nausea and even some intoxication.

The glass ball got compacted enough, apparently. Because the creature throws up in the air and screams at it.

The effect is different, instead of exploding the ball levitates in the air, held by the creature's scream.

There is a brown mist condensing around the glass ball. A moment later there is a brief sparkle and it detonates.

Zahara ducks down behind a car, pulling her latest rescuee with her. 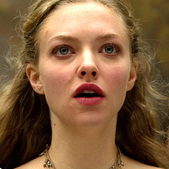 Jeanne, on top of a car, doesn't have a shot at making it down in time.