In an ordinary Midwestern suburb is an ordinary two-bedroom house containing an ordinary couple. One of them has a plate of chicken and green beans and the other is kneeling beside him with his hands tied behind his back, opening his mouth to receive a green bean.

There's enough time before the predictable crash for the passengers to, briefly, talk and try to come up with some ridiculous way to survive.  They're passing over a rocky zone like a shattered mountain range; flat spots for a landing approximately don't exist.  The area isn't cold enough for their brains to stay cold and be retrieved, even if they had some way to protect just their own heads from the impact.  Five people are frantically working to tie together enough clothing to make an ad-hoc parachute for somebody's four-year-old.  It's not going to work, but it's a dignified way to die.

The best Thellim can do is not distract them while they work.  Being still and quiet has never been an important part of her self-image before this, but rapid adaptation to altered circumstances is a virtue.

She successfully keeps herself still and quiet up until the plane loses enough speed to start diving.  She only starts screaming after enough other people are screaming that her screaming won't make any important marginal difference. 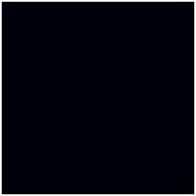 "Hi...?" she says to the people in front of her in a rather small and confused voice.  Then, after a moment's thought, "Tsi-imbi?"

The people whose home she has appeared in look very confused. They do not seem to know what "tsi-imbi" is supposed to mean.

The one in the chair reaches down and tugs a dangling end of the restraint and it comes untied and the one on the floor catches it before it falls. Puts it in his pocket. Asks her something in Not Baseline.

"Language... difficulty?"  Welp it looks like she's in another world that doesn't speak Baseline.  Not really what Thellim was expecting from a plane crash but better than she was expecting so she should try to be cheerful and proactive about this she guesses.

They don't super seem to know what to do about her. The one on the floor haltingly tries another language.

It won't necessarily occur to Thellim yet that anybody speaks more than one language.  This looks like an equiv-tech world with artificial nice things, it no doubt speaks a carefully optimized artificial language, and universality is among the most desirable properties of such.

"Language difficulty," she repeats.  "This is a complicated sentence which demonstrates that I in fact speak a completely different language from anything you've ever heard of, implying that when I appeared I did so from very far away.  You can deduce that, right?"

The one in the chair points at himself and says, "Brian."

The one on the floor mimics the gesture. "Jackson."

Okay, good, cooperative Civilization.  Not that you could manufacture chairs and houses if people didn't have market economies, but still, good to know.  "Thellim," says she, mimicking the gesture.

They confer amongst themselves some more. Jackson pulls a rectangle out of his pocket and starts poking it; it lights up at the first poke and the lights change every time he pokes it.

What a nice higher-tech world she has found herself in.  Might have been nice to find herself in one that spoke Baseline, but maybe Baseline is just such a poorly constructed language that optimizing her experience from here on out will be helped by her learning a new language from scratch.  That's about the most optimistic spin Thellim can manage to put on current events.

She is, of course, consciously aware that this version of the story was generated by putting a maximally optimistic spin on things.

This... really was not how she was expecting her day to go, and it does not obviously conform to any of the things she thought was true about reality, or for that matter, true about stories.

Thellim waits.  Crossing language gaps is a matter for specialists, which she is not, and these two people don't seem to be that either.

"Tehillim?" attempts Jackson after a minute.

"Thellim.  Thel-lim.  Thellim.  If you have higher-tech mathematics and software that are trying to learn my language and can do that just from hearing me talk for a while, I can start babbling as best I can.  How do I convey that, though... I don't want to start babbling at you if that doesn't help at all..."

The locals murmur to each other a little more, shaking their heads occasionally.

A snatch of music starts playing from the phone. Jackson pokes it a few more times; the music stops. He says something to Brian. Brian says something back. Jackson points the rectangle at Thellim, and it flashes brightly.

Was that a cue to talk to somebody who's now watching?  Well, won't hurt if she makes a mistake about that.  She repeats the gesture, pointing at herself.  "Thellim!"  Long pause.  "Language difficulty!  Tsi-imbi!  I'm from dath ilan!  As you can see, I speak an unknown complicated syntactical language with at least some repeated words, if I go on talking long enough I ought to at least repeat a preposition or something, so unless your first theory is that somebody devised a whole new language and learned fluency in it as a prank, I probably come from another world!  Though I'd totally understand if you thought pranks were a higher prior probability than that.  I hope your world gets lots of people like me and that you do not start out with an astronomically high prior that everyone in this house is insane!"

Jackson puts the phone down during the pause. He pokes it a few more times. He holds up one finger in what is probably a meaningful gesture of some kind.

Then there is an unvoice in her BRAIN.

[Uh, I got most of that. I'm doing all the work, here, just naively directing thoughts at me will do.]

Should she do tsi-imbi?  No there is actually no point in going 'tsi-imbi' solely through an apparent telepathic connection it is rather a self-undermining sort of strategy.  [I'm Thellim.  I was in a crashing plane.  Now I'm here in what appears to be an entirely different world; mine had less advanced phones, and nobody who could speak inside your mind.  I hope you already have substantial experience with that kind of thing happening.  But if not, I can fluently speak, read, write, and translate a language that doesn't exist, I've memorized some poetry and famous speeches in that language, I'm wearing manufactured clothing with labels that don't correspond to any local manufacturers, and, probably hardest of all to fake, I'd be surprised and interested if my genetic markers bore any resemblance whatsoever to any local subpopulation.]

[People appearing after plane crashes is actually very weird. Uh, I don't have lie detection but I could hire someone who does if whether you are from another planet is ever importantly at issue.]

[I'll be moderately impressed if your world is covering all of its bases so well that a randomly sampled average person from another, moderately lower-tech world knows nothing very valuable or useful to your world.  But I suppose most valuable knowledge of that kind is valuable whether or not the person is telling the truth about how they got it?  It is nice not to be thought insane, though, especially when one is not insane.]

[I mean, I don't think it's urgent to figure that out definitively right this second before we know, like, where you're going to sleep tonight. Assuming on your planet people need sleep.]