Continuities » Sandboxes » at this point in time
Dismiss all content warnings

It's the morning of your first lift-off, perhaps it's too early to call it morning, it's still pretty dark out. As is traditional, you've been camped out under the stars right next to the launch tower. But as you wakeup, you see something you've never seen before. The ancient Nomai space station in orbit of Giant's Deep lit up bright blue and then it exploded. Nobody was ever able to get inside it when it was intact, maybe now you can get into one of the pieces. If only you didn't need to get the codes from Hornfels at the observatory before you could lift off.

Heli wakes up next to Gabe and gives himself a minute to watch the sky. Listening to Gabe's heartbeat and watching the ancient space debris. Who knows what is there to discover. He feels very optimistic today, like nothing could go wrong.

After a moment of peace, he pokes Gabe awake.

Gabe wakes up and hugs. The day of adventure finally arrived!

Slate is sitting at the campfire nearby. "All ready to get going then?"

"We might have more goodbyes to say? But other than that. All good."

"Seems like only yesterday you joined the space program, and suddenly here you are, leaving on your first voyage. Had to design the ship special so you could both go together."

"Heli can't get rid of me. I am too good-looking."

"Fair enough, I expect you want to be heading to the observatory to get the codes from Hornfels."

"Well don't take too long, it’s finally time to test the new landing hydraulics with a pilot instead of the autoflight system!"

"No worries Slate." Heli pulls Gabe along before they can do something impolite again. To the launch codes.

It's a familiar route. Jump up the steps and walk past Mica and their model ship. They can stop to talk if they like or continue past.

“Hey, it's you! Slate said you're blasting off in your ship today. I'm really excited to see the launch! Aren't you gonna go into space? Aren't you? You better not have changed your mind!”

"We have not! We are just on way. Shouldn't be long until we are up in the sky."

“You better be! It's been forever since anyone launched into space. I really, really want to see it. Really bad. Hey, you want to use my model ship again? Slate says it's just like the real thing, only less likely to start a fire.”

"Less likely to start a fire is a good trait."

They indulge the child by playing with the spaceship. Gabe holds up the child to follow the ship around. 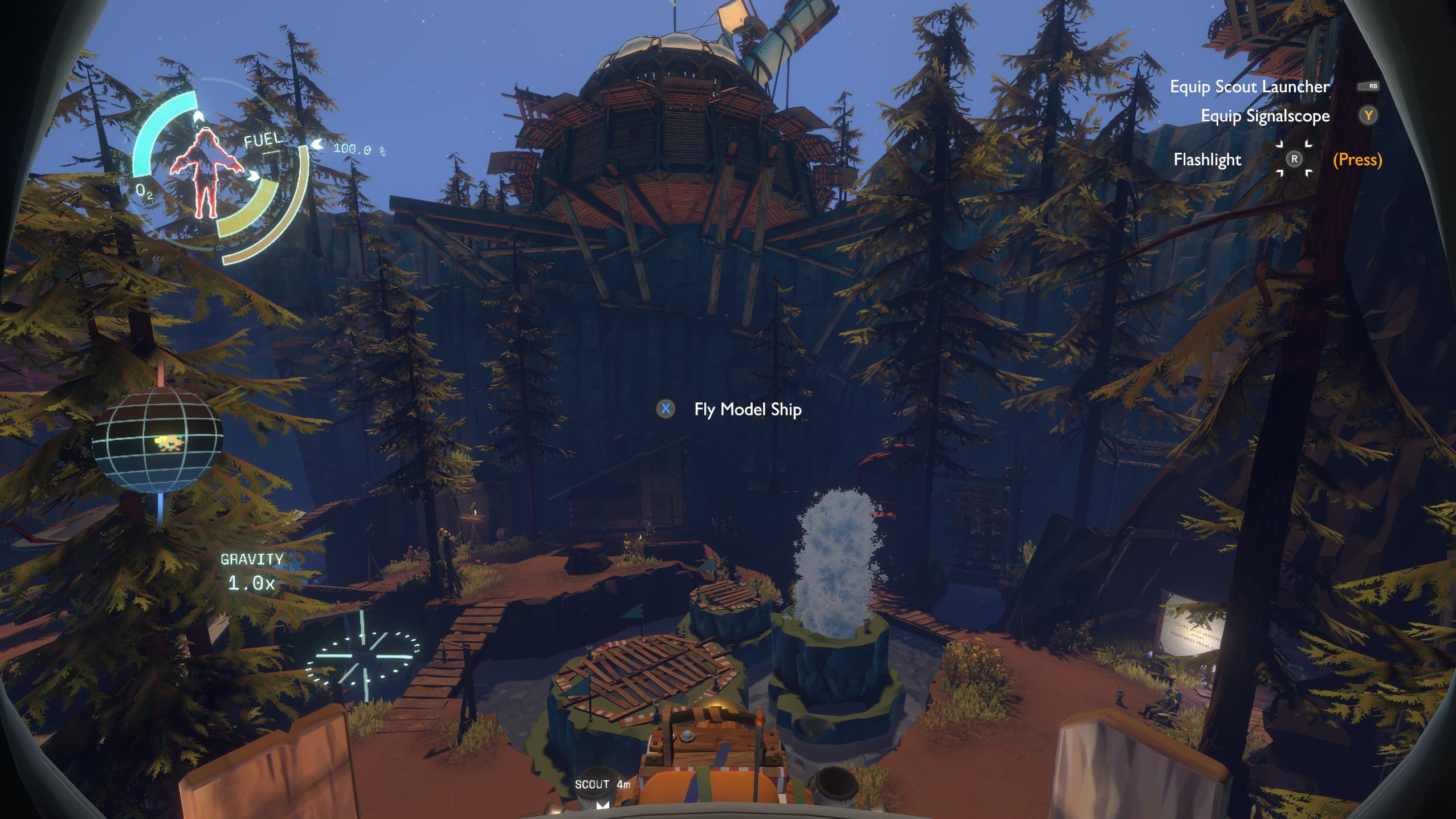 Mica squeals happily. "Try to land on one of the geyser pools. Show me what you've got!”

Heli has done that before and does that again. Darting it around with some flourishes.

Mica claps and cheers. “What a landing! I guess that's why Slate lets you fly the real thing, huh?”

"The important thing is practice and taking it seriously."

"You should get going. You can't exactly launch your ship while hanging out with me."