Some of the discussion in other threads has touched on things like Powers, who in my world are the source of power for clerics, paladins, and more, and Legendaries, which are a kind of very powerful Pokemon.

If anyone has any similar kinds of people in their world who are the subject of legend and/or worship, discuss those here.

We have various powerful creatures who are subject to legends, and who some ponies worship.

Alicorns are created using harmony magic. The details of how are secret but subject of various stories. They have the powers of earth ponies, pegusi and unicorns and more besides, they get reborn if they die, and they rule Equestria. The first two alicorns used to also be Element Bearers and overthrew the draconequus- another powerful being- to restore peace and order to the world. Then Princess Luna tried to cause eternal night and her sister Celestia banished her to the moon. Recently she escaped but we made her not want to cause eternal night anymore.

The draconequus was an immensely powerful spirit who helped ponies overthrow the Masters but then took over the world and caused widespread chaos and strife, as far as anyone knows just for fun or possibly because it was his nature. Celestia and Luna turned him to stone. The Storm King has powerful weather magic and uses it to rule an empire. Then there are various other powerful magical beings who are the subjects of less widespread legends.

My mother was the leader of my clan while I was a part of it and with the powers under her control she could set in motion the destruction of star systems. Perhaps that isn't the sort of thing you mean though.

In my world, I am a goddess. There are temples dedicated to me throughout my city, and my followers dedicate themselves to me to whatever extent they wish.

The nation of Madeza supposedly has deities that protect their borders and respond to their ritual magics. It's either that, or the ritual magic is independently powerful, because they don't get natural disasters and no one's ever successfully attacked them. The ley makes warfare difficult, but they have nearby neighbors who could present a threat, and they're not the only nation on their reality-island.

The going theory for the creation of the realm where I'm from is that there's a single deity that created all the worlds, possibly with sub-creators for some of them. There's no actual proof of this, though, other than some observed similarities between worlds - which could be down to other factors, like split timelines, convergent evolution, multiple creators copying either each other or a single original template, etc. We have a tremendous variety of religions, many which claim their gods created the realm, again without proof.

There's no evidence that the realm was even made, rather than evolving naturally from bits stolen from other worlds, or that it has any native gods at all - Madeza has good enough records to show that they worshiped the same gods in their previous world, and we suspect that any other gods might have been brought with the worshipers, if they even exist. (There's shaky proof of powerful magic-granting beings in other worlds - some people have their divinely-granted magic stop working when they appear in the realm)

There are spirits - a pretty broad class of being - who some people worship, and who can sometimes grant boons or cast curses, and a few of which can create their own folded terrain or even pocket worlds, but I think they're overall on a lower level than the other Powers I've heard described. I'm friends with a cat-spirit, and I've spoken to a rather powerful and old desert-spirit who likes to work with the university's history department. There's spirits of most major landscape features - especially water features - and plant and animal spirits, plus a few smaller categories. 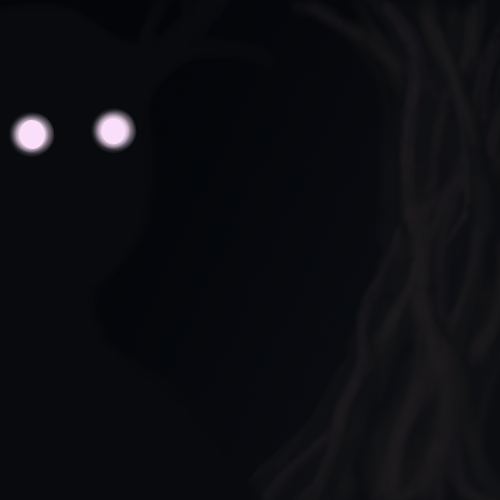 The Cloud Queen is a spirit person (or possibly people) famed for her extreme power and occasional willingness to grant wishes to those who do her favors. There are many stories about her acts, and many people revere and worship her in hope of earning a wish.

I myself am the subject of some legends, although almost no people worship me.

Jasmine, I apologize if I have spoken out of turn in the past. I did not know there was a goddess on this forum.

arborist, have you spoken with The Cloud Queen?

I suppose the deities of my world fit this description. We can grant some powers to mortals, and conventionally do so preferentially for those who choose to be our priests and followers. We also have some control over the geography of our domains.

We are not so grand in scale as some of the other beings described in this thread, however. We certainly did not create the world; it existed before us, and continues if we die. Banishing people to the moon and destroying stars are both entirely beyond us.

We are not common topics of legend, unless one includes by that word the ordinary sorts of history and rumor.

Huh, so when you say "control," it's pretty subtle then? I'd expect there to be way more legends if you could do stuff like rearrange a mountain range into the shape of a rude gesture overnight.

Our control is limited by our type; as a river goddess, I could not raise mountains in my domain. A mountain deity could rearrange their domain in that way, but it would be fairly costly and not likely useful. The primary reason why we are not often subjects of legend is simply that we are able and motivated to correct mistaken stories about ourselves, and it is rare for a deity to be dead but not forgotten.

A few days ago the draconequus turned out of stone and tried to keep us from using harmony magic against him by keeping us from acting according to our elements. We managed to undo the magic he'd done to us and turn him back into stone, but I really hope we don't have to go through anything like that again.