Ruby's getting kind of tired of the bumping of the truck on the trip to Johto, and how it keeps interrupting his knitting, but it's nothing he wasn't expecting to deal with. What he's not prepared for is the gold-ringed portal that opens up right in front of him and swallows him and his Pokémon whole, and deposits him and his freinds somewhere entirely different from the southern region he was just entering.

He seems to be in an extraordinarily unusual garden.

To his left, there’s a meadow of flowers, with tidy paths of stone, where everything vaguely floral fluctuates wildly from mundane to fantastic, and from fantastic to crude.  In one patch, roses; in other patch, bizarre pitcher plants eternally pouring water into a pond. In one patch, daisies; in another patch, a large, many-petaled sunflower, with 'Emperor Mulberry, Let it Be!" written on it. That particular sunflower is next to another sunflower, with writing inviting that same emperor to have sex with a tree, in less pleasant language, and that sunflower is next to a bridge made entirely from tall, layered mushrooms, and that bridge is next to a tree with leaves as black as lacquer, and a brook with seaweed like glitter, and that book is next to a bench, comfortably grown out of a single piece of wood and speckled with lichen, with the cycling through the colors of the rainbow -

To his right, there is a house. It's reasonably tasteful, unlike the rest of landscape - seemingly carved out of a gigantic turnip jutting wildly out of the ground, mind, but tasteful. Black walls with silver tracings, delicate stained glass windows, a simple door, and a sign above the door, reading 'Witch In Residence, Proceed At Own Risk' in a language he doesn't speak. 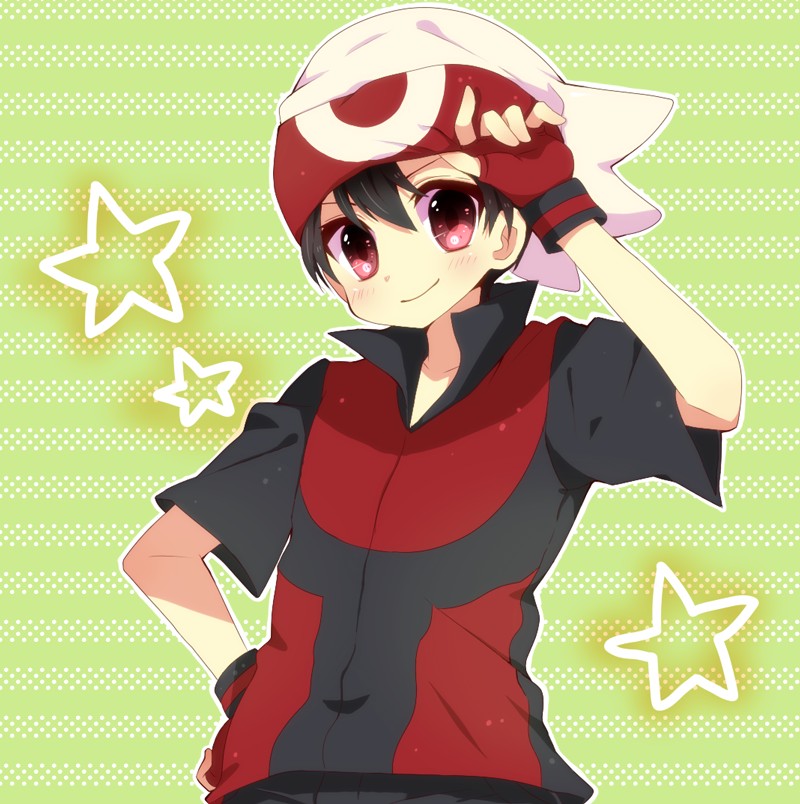 Ruby blinks. This definitely wasn't where he was expecting to be.

He looks over them, worriedly. They're uninjured, but Nana's fur is ruffled is slightly ruffled from the unexpected fall and the surprise, so he makes sure to restore her to her natural coolness. Once the essentials are taken care of, he returns them to their pokéballs, and looks through the box that fell with him for anything useful. It's got most of the stuff he planned to bring with him on his escape, plus a gift from his dad. He almost throws it out, but doesn't want to litter and he actually needs the shoes if he's going to be doing any real traveling, so he puts them on and sets off towards the house looking for an explanation.

Every plant on the property abruptly fades to a sort of withered black, and ominous mist starts pouring out of several previously innocuous crevices, when he knocks.

A short, stout woman pokes her head out of the door. She lets out a little surprised chortle, and the landscape returns to what it was.

“... goblin gods, I ‘aven’t had a kid with moxy enough to bother me in years,” she says, in his native language. “All of ‘em get scared away by the tall tales and all that ‘Barbara the Destroyer’ rubbish. Imperialistic pricks. Win one war, kill a couple dozen battalions, and suddenly you’re a dragon and a half, ain’t that the way? - come in, doll, lemme get you a cuppa somethin’ sweet.”

She pushes the door all the way open, gesturing for him to go in.

"I'm not a doll," Ruby replied. He's mildly annoyed, but his curiosity is stronger than than his annoyance, here, and the house is quite pretty, so he follows her inside.

(A wooden coconut in the kitchen spontaneously breaks itself in half, and various flowers growing out of the granite bend and pour obscure liquids into it. A bamboo sampling stirs.)

He doesn't notice the kitchen; he's busy looking at the decor.

The door enters into a sort of living room, with a well-appointed bar, a bookshelf, and several exquisitely comfy sofas and recliners; it opens up into a kitchen, an elaborate looking indoor koi pond, and a mundane hallway. The flooring of the day seems to be ‘exquisitely comfy grass’, most everything else is wood or fur or stone, and the ceiling seems lit by little orchids, peering down at them from unseen rafters - the effect is of a floral starscape. There’s also a fireplace, beside the bar; it ignites when they come in, without external prompting. There are a few paintings, on the walls; they seem to be of protest marches.

And the bar has giant toadstools in lieu of anything wooden, of course. It just wouldn’t be a proper witch’s house, otherwise.

“Pretty name. Got a preference ‘tween cacao and hazelnut, then, Ruby?”

"Thanks," he says, with a grin. "I'm not sure what either of those are, but I guess cacao? This is a neat place you have; the architecture is a bit odd, but the aesthetics of how it fits together are fine, and I bet lots of Pokémon love it."

The translation effect that Barbara’s using, charming thing that it is, smooths over the word ‘Pokemon’ into the adjacent word ‘goblin’. Close enough.

“Thanks - I don’t keep a bunch of the little critters, meself, but I haven’t heard a complaint!”

She shuffles into the kitchen, and returns with one coconut-half for herself, and one for Ruby; she swipes an open bottle of wine from the bar, pours a swig into her coconut-half, and flops down on one of the recliners.

“So, Ruby, what sorta nonsense brought you over to the Wrathful Witch die Weintraube, this fine evenin’? Gotta say, I’m gettin’ awful curious.”

"Is that where this is? A portal opened on me while I was on my way to Hoenn and dumped me in the garden out there. I was hoping to find out where I was, and where the nearest contests were."

“I am the Wrathful Witch die Weintraube, ‘though me friends call me Barbara; this is my house, by Frosch, in the Land of Beer. You got less moxie and more klutz, if you don’t know the name, seems like, though that’s still an awful lot of either. And Hoenn - no, never have heard of it, ‘m afraid, might have to consult someone better up on their geography. What sorta contests are you gettin’ at?”

"I haven't heard of those places, but I didn't study geography that much. The names sound european, though? Hoenn is a region in Japan. As for what contests I plan to win, the answer is all of them, eventually, but I'm only prepared for cool, cute, and smart contests at the moment. I'll need a larger team if I want to get beauty and toughness."

“Haven’t heard of Japan, either. An’ I still don’t know what you mean; maybe try a paragraph’s worth of summary, ‘stead of a sentence? Suspect we split up contests different ways, ‘round here.”

A lecture on contests? You don’t need to ask Ruby twice.

“Contests are performances, the ultimate test of your skill as a trainer! Comtestants groom themselves for each category, to show off their own unique talents and appeal to the judges and audience! There are four levels of contests - Normal, Super, Hyper, and Master -and in order to compete in the next level up you need the ribbon from the previous stage. For each stage, there are five seperate categories of contests!” 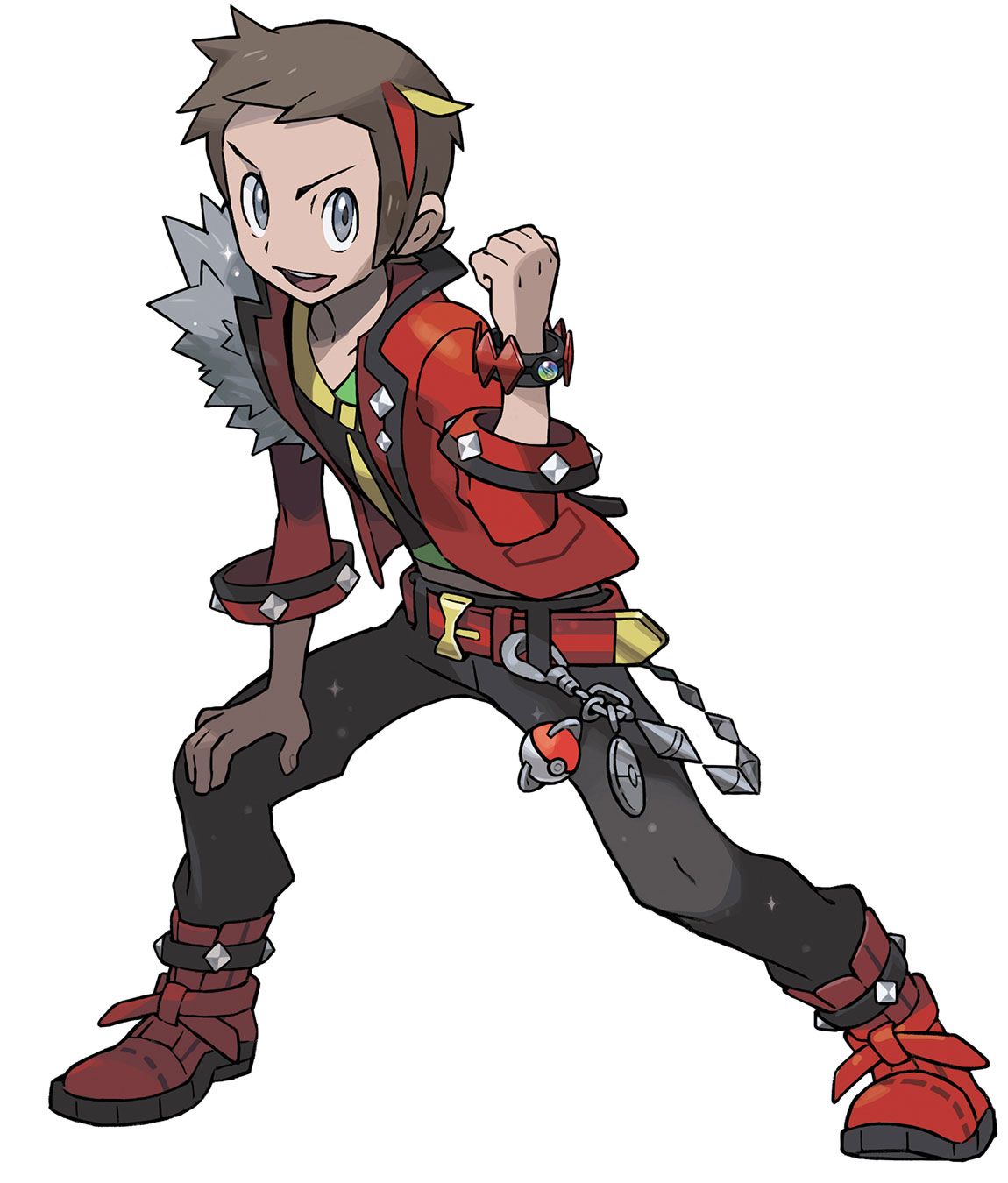 “In a coolness contest, the goal is to be as impressive and flashy as possible, and to show off your knowledge of fashion! Being awesome is the point. Confidence is also an important part of any coolness appeal, and is no less important than having a fabulous style. For my team, Nana is the ace of our coolness appeal.”

“A cuteness contest is all about being adorable! A cute pokemon should be delightful, playful, charming, and childlike, without giving up their appealing appearance! Cuteness, more than any of the others, cannot be forced-it has to be entirely natural, or it won’t work in the slightest. Nana takes that spot for me.” “After that is smart contests, and with them, Ruru! A successful smartness appeal will show up the contestant’s intelligence and brainpower. Here, in addition to looks, a standout appeal to demonstrate cleverness on the psrt of the contestant is a must!”It always helps if they’re is actually smart, but unlike the other categories, it technicolly only needs to seem smart rather than be smart; they’re still contests, not IQ tests.” 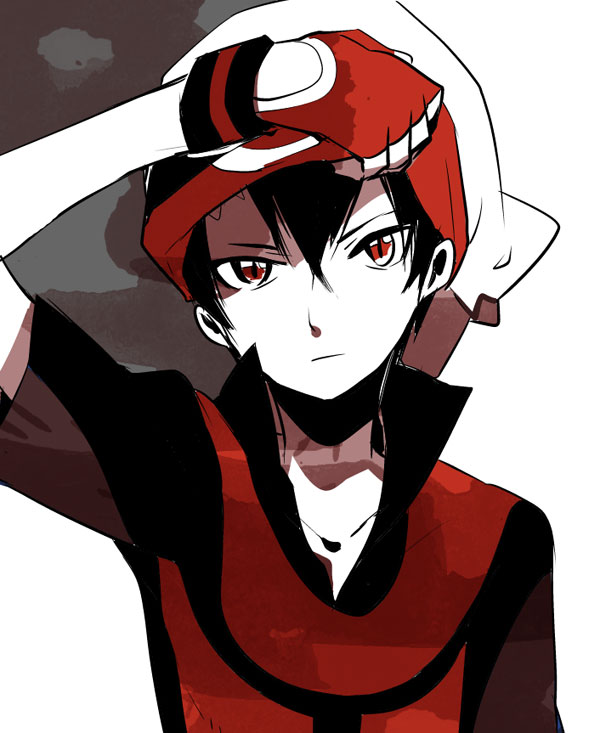 “The last two categories are toughness and beauty. I’m still looking for some Pokémon to fill these categories. For the first of the two, it’s a competition to show off how strong and fearless they are. These aren’t actual battles, but they’re much closer than most other appeals, and many of the same Pokémon are good at both. Beauty contests, meanwhile, track how pretty a contestant is. Much like coolness, a successfulful appeal with Beauty almost always involves paraphernalia to show off beauty, often in the form of fancy clothing and jewelry for the contestantant. Condition is important for all the contests, of course, but for beauty contests, it’s even more important, as are are other methods of increasing beauty such as hairbrushing and nail decoration to contribute.”

“Lemme give you a piece of advice, kid: round ‘ere, just call it a ‘goblin pageant’, skip the unhelpful monologues. How ‘bout I give you a ride to Frosch, you talk to someone else about this, we never see each other again?”

"What kind of Pokémon is a goblin? I've never heard of those. If Frosch is likely to have a map, that sounds as good a place as any.”

“Frosch’ll have maps. And I use translation, not bein’ a polyglottal type, an’ as far as I can tell you just said ‘what kinda goblin is a goblin’. Not sure why it’s renderin’ differently the other way - wanna have somethin’ to give you the local language, by and by, ‘fore you’re on your way?”

“That’s odd. The way it translated earlier, it was acting as though Pokémon was the name of a species. I didn’t know machine translation was that good yet; how does it do that? Being able to talk to people would definitely be helpful.”

"I've never heard of something like that," Ruby says, looking somewhat confused. "Is this a Psychic thing?"

“It’s a witch thing, me bein’ a witch... witches are people born with the death of a heartfruit trees, able to grow goblin fruit and goblins, prone to gettin’ all fanged up, divided into circles, immortal ‘till their mid six hundreds? Ringin’ a bell?”