Search Post
the 1920s sure were roaring (or, dungeons and dragons and prohibition)
+ Show First Post
Roaring Twenties
speak-easy
ChaosMagic

Jackson, Mississippi is a booming town. Speculators are searching high and low and all along the Pearl River for natural gas. The railroad's coming through with the new Union Station, and with it comes a wave of new workers - farm hands and the unemployed looking for a paycheck, mostly, but some out of towners, too. It's not helping the tension thrumming in the city much at all - and with railroads, too, come adventurers. Adventure's mostly dried up since the turn of the century. Dragons are either insured against or negotiated with, and the gold rushes of the 1800s plumbed most dungeons dry. Still, there's a thrill to it, a sparkle of days mostly consigned to the history books, when people unhappy with today claim surely things must've been better. Adventurers are just about as exciting as bootleggers (and, though high society won't admit it except with a wink and a nudge, are often the same thing), and it's adventurers the mayor and his friends are entertaining today at the new and luxurious Hotel King Edward.

The mayor of course, wants every - sanitized - juicy story, and to know the tall tales of the guests of the hour.

After surveying the interior of the trunk, he quietly unloads some of its contents onto the ground, taking a moment to write a note with a notepad he finds and leave it for the others to find: "I'm in their trunk, will try to leave a trail for you. -Marcel" Then he takes the form of the junk he unloaded and shuts himself into the trunk.

The cultists get into the truck, preparing to leave.

Joy looks back in time to see them getting inside, "Damn, I think this is our last chance to do anything. You want to try hitting them with a Ray of Frost, Temperance?" 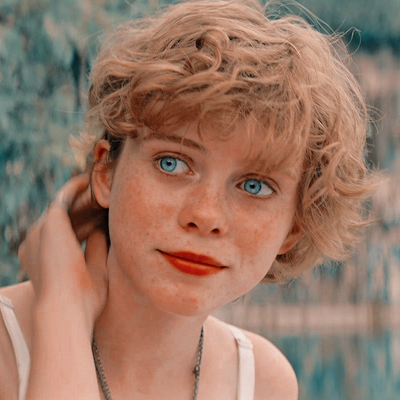 Pennie looks over at the truck and then back to the others. "Oh! Those are the cultists?! Why didn't you say so?!"

She immediately breaks cover and makes a dash to the truck, hoping to climb on board to get nice and physical with these people.

The cultists seem totally surprised by this! She's about forty feet from the truck, to start. The doors are closed but the driving cultist is still fumbling to get her key in the ignition.

"Oh, damn it. You are right." She conjures the fridge beam of white-blue light and sends towards the vehicle.

Well, there they go. He hopes Marcel's ended up somewhere he can get a good surprise attack in from, at least. Joy pulls out his revolver and fires at the cultist driving the truck.

Temperance's shot frosts a bit of the frame. Joy's shot hits the car door and skims off.

Penny charges at the car and climbs on top!

Three of the cultists lean out the windows and shoot at her - though only one hits. The driver gets the key in the ignition and accelerates suddenly, zooming towards the road.

Pennie holds on for dear life, laughing even as a bullet impacts her armor. "NOW THIS IS WHAT I'M TALKING ABOUT!" She then attempts to leap at one of the cultists leaning out of a window in order to grapple them and ride them to the ground.

The cultist, who only had his head and arm out of the truck, ducks back in. Pennie misses and hits the ground.

Temperance flinches at the sight of Pennie hitting the ground and run towards her. The car is outside her range now.

Pennie performs an absolutely perfect spin to a stop and lands on her feet. She watches the car leave her behind.

She then sways for a moment before falling over onto her back.

Joy rushes after her, glancing after the car and then shaking his head and kneeling down at Pennie's side to try to help her.

Temperance tries to stabilize her.

They're able to stop the bleeding between the three of them.

Once she's stable, Joy leans back, catching himself just before he runs a bloody hand through his hair. He looks down the road, and then hums, "Well, at least we're all in one piece?"

It's great that Tama could help save the day. She hops on Temperance's shoulders.

"Some a bit more than the others. Now what do we do?"

(Joy is briefly distracted by how cute Temperance's familiar is.)

"...Oh. Right," he looks around, "Hm... We should look for Marcel, I think. Even if we can't catch up to those cultists, he knew where some of their bases were, didn't he?"

"-And obviously we should get Pennie to someone who can actually heal her."

"Penny first? And we should pick a place to reconvene?"

"The mayor's house, I guess? Seems like the most obvious spot to find each other again, if we don't run into him on the way back into town."