Fernanda didn't feel sufficiently confident to start the conversation the day before and they have been busy. The topic just hung in the air like a dead fish waiting to start to smell bad. But she sit downs with Katur and Felicia for a talk before bed.

They have a long discussion.

And once the ritual is done, and they cast it, the two of them can see each other's lifeforces like an overlay over their bodies. "Huh... if I understand this right, we are... not identical, but almost a match?"

"Huh. Cool. Maybe we are sort of related? You can meet my mom once things settle down, and maybe you can compare relatives. I don't really know all of their names or life stories. We only see each other during holidays."

"Of course, I don't know much about my own family, but I bet there are things to figure out between now and then."

With the mystery solved, Scott's curiosity isn't enough to buoy him. The pervasive feeling of loneliness returns.

So he gazes at Fernanda.

They say that they will keep him informed. While Scott gazes. After their visitor leaves, Fernanda asks if there is anything that Scott wants to do?

"Whatever you want to do is fine by me."

They probably should swing by the town and buy things for the trip? Possibly make more calls to the Vaesteri family.

Scott is happy to make the trip. He spends most of the time gazing adoringly at Fernanda and making small talk with Felicia. He wants to hear about what she thinks of the weather, what her favorite food is, where she would travel if she could go anywhere....if Fernanda feels like answering, he'll of course be incredibly interested in her answers.

Felicia is happy to engage in small talk! She is also happy to - not actually elbowing, but it's a near thing - encourage Fernanda to small talk.

Fernanda can provide answers to various small talk topics. She has these opinions on food, and generally prefers cold weather, and so on. Katur can drive them there, keeping mostly to himself during the short journey. They better start by waiting in line for the phone call.

Scott happily makes small talk with Felicia and Fernanda! It makes him very happy to talk to his new favorite person and her sister.

He does, eventually, notice that Katur hasn't said much during this trip, and looks over at him curiously. If it were anyone from back home, he would probably say something, try to involve him- but if Katur is staying out of this, he probably thinks he's doing Scott a favor, which- maybe he is. Scott still hasn't adjusted completely to the idea that Fernanda is as much Katur's or Felicia's as she is his- moreso, he realizes, though he quickly buries that thought under more small talk-

"-soccer- or do you guys call it football? Or maybe you don't have it? Things keep turning out weirdly similar. Maybe I should just start expecting that."

"Football is the most common term," Fernanda clarifies. "And I think that a game of two teams kicking a ball into a designated area is sufficiently basic as to not be surprising?"

"Well, the details are different. And I think football, or their equivalent, is one of the few games where Non-augmented and Augmented play together?" She asks this looking over at Katur.

"Ah, not in professional leagues, but at schools or entirely neighborhood games they do. At least when the kids have known each other before the Augmented growth spurt." 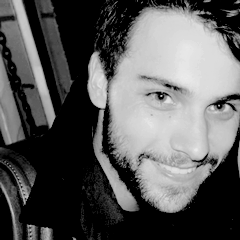 "I did, played as a goalie most of the time, which in our version of the game can move around a bit more and directly hand the ball to their team. Has been a while, though."

Felicia smiles at this interaction.

Fernanda doesn't smile, but she relaxes marginally from her default seriousness.

"That sounds fun. I always envied the guys who could play sports. I could now, but it wouldn't be fair to anyone else. Do you like to watch anything? I went to lots of baseball games with my dad, so I still watch when I have time."

"It has been a while since the last time I had the chance to watch anything live, I used to be really into Ultimate Obstacle Adventure Challenges. I am not sure how to explain that." He looks at Felicia.

"Oh, it's American Ninja Warrior but with magic. And more of a professional sport."