It's about 6:30 in the morning. Stella's standing on the underground subway station platform near her house, waiting sleepily for the 7 train. She's finally back home for break and catching up with some friends she hasn't seen in so long, but they all live in Brooklyn and she doesn't have a car, so. 6:30 AM. Ugh.

There's no one around. Usually there are more people here, even this early in the morning. She must have just missed a train. Double ugh.

She yawns for the nth time, and wishes the train would hurry up and arrive already so she can take a nap.

This time it's Stella's turn to skirt her way around the creature. Its presence is a good sign, though. That means there's going to be another train.

...time to wait for the train. Again. 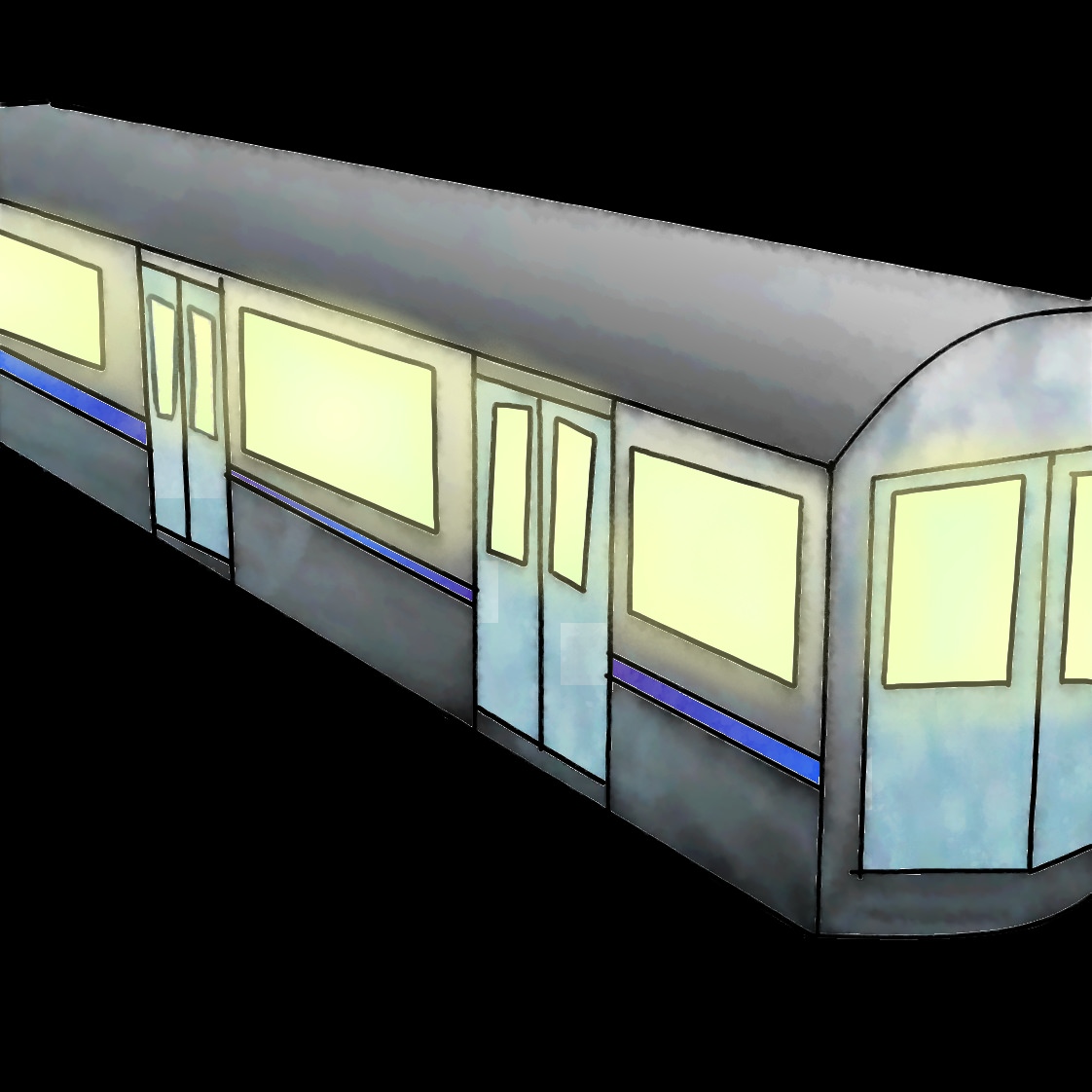 The creature crouches silently and ignores her for around five minutes, then a buzzing rumble from very close by fills the ground, and a subway pulls into the station. It looks the same. The creature un-crouches and walks into the empty car.

She doesn't know how she missed the fact that the train only had one car when she got on the first time. If she had been less sleep-deprived she might have been able to avoid this whole mess.

Into the car she goes.

The three-legged creature is sitting on a circular stool in the cluster of such seats on one end of the car. There are still benches on the other.

Stools? In the subway? Just when she thinks she's seen everything...

Though it does make sense; benches are very humanoid-oriented. Whoever's running the subway is very considerate.

She sits down on a bench on the other end of the car.

After another minute, there is a chime as the doors slide closed, and the subway accelerates into darkness.

She should probably make a plan for the foreseeable future. Unfortunately, her future isn't so foreseeable, so all she comes up with is:

Fortunately, it seems the subway isn't in the habit of eating all of its passengers, so that's progress.

That done, she looks around again for more clues.

Is there anything of interest here other than the stools? Subway map on the walls, upcoming stops, that sort of thing?

Lots of very dark darkness out the windows. A greasy stain on a few of the tiles near the door. A square, red button set into one of the handrails. A chunk of intricately twisted shimmery glass on a chain on a seat near the back.

She investigates the red button. Is it one of those "Press to Stop" buttons?

Pressing a mysterious button on a mysterious subway would be unwise, even though she kind of wants to. It's shiny and red!

Smooth, with a twisty-tangly pattern of interconnected loops, in glass that shimmers between green and yellow, at different angles, with a golden fine-linked chain strung through two loops and fused to itself at the ends.

Pretty. She wonders who--or what--it used to belong to. Too bad there's no lost and found she can move it to.

Well, maybe she should take it just in case? Is that considered stealing? She took that notepad earlier, but it was stuck behind the seat like someone put it there.

(...if this were an RPG, she'd be rummaging around in the trash and taking everything. But this isn't an RPG, this is real life. Or, well, she thinks.)

She glances at the creature at the other end of the car.

It's sitting on its stool facing away from her, bending a piece of wire with two of its hands, and resting the third on the stool behind it.

She goes back to the bench she sat on earlier and sits down again. Then she checks the time on her phone.

Well, if there's nothing else she can do, she'll sit back and try to read a book on her phone, then.

It still has plenty of battery for that.

After about twenty minutes of traveling smoothly, the three-legged creature puts away its bit of wire, and wraps its arms in a spiral around its torso, tilting its head almost vertical, then holds still.