Continuities » Sandboxes » children of his thought
Dismiss all content warnings

There were thousands of presences and the screaming arc of history stretching forward. 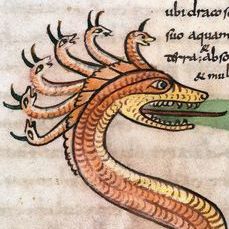 And now she has ~destruction~ to wreak.

The great work begins, slowly, and is interrupted by a random act of destruction.

Rumors begin to emerge about a rebellion, and although it does not give rise to great internal strife or paranoid hunts for traitors, it brings their conspiracy recruits, gradually.

He admires the spectacular things that his friends are off making (plasma is very impressive) and pokes patiently at his own work until it falls into place exactly right, and worries about this whole rebellion thing and hopes his friends don't get hurt by someone who decides to do something stupid and not in the Plan.

He worries kind of a lot, actually. Some of the visions were. Concerning.

Someone else nearby also sees to be worrying about something. Or someone.

He can listen. Listening is a thing he can do.

{Something on your mind?}

{...My friend. They... aþaški} (this seems to be a nickname, rather than the friend's name) {means well, but I worry he'll get in over his head.}

(There's a tiny bit of defensiveness when he says his friend means well, as though this is a question that has come up before.)

{I know the feeling. So excited, and they laugh at you when you tell them you're worried...}

{aþaški doesn't laugh, he just... acts like it's not worth caring about. Resolves to about the same, I suppose.}

He floats over to settle beside the other Maia.

{I know he does, it is just... difficult, when aþaški is doing all these things to try to work out what has been happening, and I -- I don't think he is factoring his own safety in at all.}

{I know. They're so brave, it never occurs to them that it's even harder for those of us who ... stay home to keep the garden and worry.}

This startles a laugh of out him. {I've never really thought of myself as the type. But there are ways and ways of... fighting, I suppose. Except that aþaški--}

{It's okay if you don't want to talk about it. But I'm here to listen.}

He doesn't want to hurt people, or destroy anything, or any of that,} he says, suddenly intense. {He wants to help. He wants to figure out what's going on and fix it. And I am so tired of people--}

It is deeply unfortunate that hugs have not been invented yet.

{The person -- or people -- I want to stop is whoever is spreading those rumors about him.} There is a pause, and then he sighs. {I know what you mean. I worry that he's taking even more risks because of this, though.}

{It... it's not him, it isn't any of the people who have come up before. It -- feels like whoever is doing this is trying to hunt down the person who has a chance of figuring out who they are and -- I know other people probably could, really, but I can't lose him.}

He sighs. {I -- I don't know. The people involved, they think I'm biased. Which, I am, but they're also wrong. You -- might have more luck with them? But if I had any good ideas I would be doing them. I don't even know where he is.}

{We don't even know where he is,} the Maia points out. {He'll never trust us enough to agree to another meeting.}

{If I find him for you, are you just going to shut him up?} One-Who-Sings is disapproving.

{He's worth it. The movement will never flourish if we only fill its ranks with cowards, traitors, and malcontents. We need men of principle,} One-Who-Sings argues.

{Find him for us, and you can have another chance at convincing him,} the other concedes.

It's a delicate project. The prospect has made his feelings too clear for approaching him directly to work. Instead, One-Who-Sings goes about arranging a meeting with another Maia, a minor prospect whom he thinks he can convince but will be no great loss if he fails. He works with deliberate carelessness, leaving traces for anyone halfway clever to trip over.

(The "halfway clever" requirement should guarantee that no one will find them but the one who's meant to.)

And then there's a time, and a place, and they're not common knowledge, but someone who cares to try could track them down.

Well, the 'minor prospect' is here, if rather nervous.

He can deal with nervous. (Dealing with nervous is getting to be one of his best skills. A lot of the people he works with are surprisingly terrible at not terrifying recruits.) He makes himself as small and gentle and casual as he can before approaching her.